In this series, professionals debate the state – and future – of their industry. Read all the posts here and write your own (use #MyIndustry in the body of your post).

Our country is forgetting the hard lessons learned during the oil crises of the 1970s.

Those of us in our 50s and older can remember sitting dormant in lines that stretched for blocks, just to fill our car’s tank with gas. We remember the odd-even rationing (the day you could buy gas depended on your license plate’s last digit) and the three-color flag system, which indicated gasoline availability. Ninety percent of gas station owners shut down on Saturday nights and Sundays at the government’s request. And for a week in February 1974, one-fifth of our gas stations had no fuel to sell.

Oil prices rose exorbitantly that decade, peaking in 1979 at more than $80 per barrel — compared to about $3.50 per barrel in 1972. In an effort to reduce energy consumption during the ‘70s, the highway speed limit was decreased to 55 mph, and daylight savings time was not switched over for a year. Christmas lights were officially banned in one state, and we were all encouraged to forego our holiday lights. Our country’s economy floundered and our stock market crashed.

Back in 1973, President Richard Nixon called for our country to work toward energy independence. Arab oil – or the lack of it – had nearly crippled our import-dependent country.

Since then, we’ve slowly gotten smarter about our energy use, trimming the size of our cars, wasting less and conserving more. In the process, we’ve reduced our dependence on other nations, developing alternative energy sources, such as solar and wind power, and increasing our domestic oil and gas supply through new technologies.

Yes, more than 40 years after Nixon’s call for energy independence, we are nearly there.

The main reason we are closing in on this seemingly impossible goal: innovation. I’ve been a part of the energy industry since 1995, first as president and CEO of GE Power Systems and now working in private equity. I have had the opportunity to invest in and work directly with many energy pioneers, and I’ve seen how their contributions have helped us close the energy independence gap. That spirit of innovation has been a game changer as our country moves in spurts and starts toward energy independence.

Thanks to the creation of such innovations as horizontal drilling and hydraulic fracturing — which uses water, sand and chemicals to break apart rock and release oil and natural gas — the U.S. became the largest oil-producing nation last year, ahead of Saudi Arabia and Russia, and we’ve been able to double our oil output in just six years.

But, fracking is expensive when compared to some other means of extraction, a fact that the oil-rich Arab nations are exploiting. As the price of oil plummeted to $44 per barrel earlier this year, nearly half of our fracking rigs — which have break-even costs of about $55 per barrel, depending on location — have been idled. As they are shut down, thousands of high-paying jobs are being eliminated and billions of dollars of tax revenue are being lost.

This downward spiral can’t continue. Yes, fracking has its detractors, but additional research and innovation likely will assuage those concerns over time, even as energy pioneers work toward solutions to fracking’s downsides. Micro drilling, for instance, involves the drilling of deep micro holes at reduced costs and a lower footprint. Improved software will help us find the best places to drill, too. 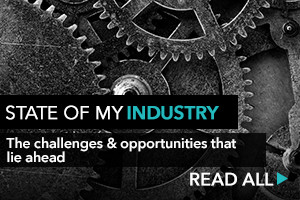 Despite the negatives we hear about fracking, there can be no doubt that this trend helped us move toward energy independence – which we must make a national priority. By building our domestic resources with investment in innovative technologies, we can create jobs, reduce our deficit, bring in tax revenues, reduce our imports, and gain economic security.

Moving forward, an executive order should be proclaimed that eliminates any restrictions on our oil exports. This change would dramatically impact our nation’s oil producers while encouraging them to reinvest in technologies. The result: We would be able to re-engage our currently displaced workers and generate billions of dollars in tax revenues.

Along with that, we also must not lift our nation’s current embargoes on competitive oil-producing countries whose goal might be to flood the market.

Finally, we must offer our newfound resources to our allies around the world for their geo-political benefit. We can then help them avoid the fear of energy curtailment in their countries.

All of these recommendations will demonstrate our global leadership and put our nation on the path once again toward energy independence. Let’s not lose the momentum we’ve gained over the past few years — thanks to innovation and entrepreneurship — that has made our nation stronger as we have become more energy independent and less globally oil dependent.