In this series, professionals explain how to lead in times of turmoil or growth.Read the posts, then write your own (use #HowILead in the body of your post).

At the time, GE Power Systems was the worst-performing of GE’s businesses and I – its new president and CEO – had never worked at an energy company before. But although I was no expert, I knew some fundamental truths about business.

After studying the industry and learning about the market and its customers’ needs, I realized GE Power Systems was headed for trouble and needed to reposition itself. Rather than relying on a single product, we initiated the customer-focused “Wellhead to Consumer” strategy, along with a very aggressive mergers and acquisitions initiative.  We acquired ALSTOM’s gas turbine business, Stewart & Stevenson’s gas turbine unit,  Nuovo Pignone in Florence, Italy, and many others over a five-year period.  Concurrently, we launched such programs as strategic sourcing excellence, Six Sigma and extended service plans. Revenues doubled within five years, and GE Power Systems went from worst to first within the GE family of businesses.

A similar strategy worked at The Home Depot, where we concentrated on growth, rather than cost out. Back in 2000 when I was named president and CEO, Home Depot was a $45 billion decentralized company with little ability to leverage its size. We created an information and supply-chain infrastructure that, along with other operational and growth enhancements, generated more than 20 percent average annual earnings growth. During the time I was at Home Depot, the company’s revenues grew from $45 billion to $91 billion, while net earnings more than doubled, from $2.5 billion to $5.7 billion. The company also added more than 1,000 new stores, opening a new store every 48 hours, and more than 135,000 net new jobs, soon becoming the world’s second-largest retailer as it moved into Mexico and expanded in Canada.

With a focus on the customer, a number of new brands and products were created such as Ryobi, Hampton Bay, Glacier Bay, and Workforce, all of which significantly enhanced the margin.  We made more than 50 acquisitions and created an $8 billion business with Home Depot Supply. After I left Home Depot in January of 2007, many of the businesses were sold, and Home Depot has yet to recover to that revenue level.

I faced the biggest crisis of my career at Chrysler Corp. Many are critical of the company’s bankruptcy, and I, too, regret that the company was basically given away by the U.S. government to Fiat. But when I took over in 2007, Chrysler was being reestablished as an American legacy company, and the U.S. auto industry was at its peak at 17 million unit SAR (seasonally adjusted rate). By the end of the year, we had met or exceeded every measurement and, with $9 billion in the bank, we released a $3 billion credit line back to the banks.

Thanks to the financial industry meltdown, that decision turned out not to be a good one. The SAR went from a high to a low of 9.5 million units. The auto industry collapsed.

Fortunately, at Chrysler we saw the signs early on and positioned the company for survival. Choosing to learn from the past but not live in it, we moved quickly, identifying and selling $1 billion in non-earning assets. Most difficult for me and the team was the gut-wrenching decision to save the business by furloughing 35,000 employees, some of whom were second- or third-generation families at Chrysler.

We streamlined the business and reduced our break-even with $5 billion less cost and a structure that would survive at 10 million unit SAR of sales. In addition, we established a cash council that met daily and approved commitments for expenditures.

Concurrently, we redeveloped the heart of the product line, bringing new life to the Jeep brand; producing the RAM 1500, Motor Trend’s Truck of the Year; creating the new Chrysler 300 and the Dodge Charger and Durango; and producing the new Challenger in a record 18 months.

With a good healthy balance sheet between cost out and revenue growth, we had a viable plan for operations that could move forward post-bankruptcy. Basically, we established a company with no debt, no accounts payable, and an enhanced dealer network. We also put into place major union contract improvements.

So what are the lessons learned from these three vastly different companies? There are several: 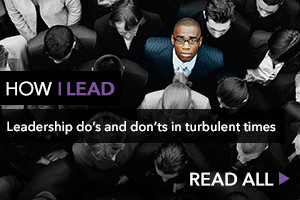 I’ve employed these tenets at every business I’ve led, and even Chrysler, which has gone through so much, is a vibrant and financially sound business today. Thanks to the dedication of the Chrysler team, its employees and families, the union leadership, dealers, vendors, loyal customers and their communities, Chrysler has even been able to bail out its parent company, Fiat.

It’s easy to shine as a leader when business is booming, but all eyes truly are on you and your company when times get tough. Fortunately, I have had the privilege to work at companies that possessed the resources and talent to come back from difficulties — and even excel.